During final summer season’s Black Lives Matter protests, Snoeman teamed with fellow artist Maya Hayuk to color protest posters. Working from the rooftop of her Brooklyn studio, the pair created and distributed massive portions of the colourful indicators, tossing them all the way down to passersby. “It was gratifying to contribute our art to something so important, and for others to be able to express themselves through our art,” says Snoeman, who in previous months started affixing hand-painted posters across the metropolis with messages like “spread love” and “do the right thing.” “I have continued making posters and have been posting them in the street,” he provides. “Same purpose, different delivery.”

One of his protest posters ended up within the arms of gallery proprietor David Weiswasser. Last summer season, Weiswasser — an leisure advertising and marketing director and artwork collector — opened N.53 gallery simply off Main Street in East Hampton. The new gallery is devoted to showcasing artists on the street artwork and graffiti ecosystem, together with the late hip-hop photographer Ricky Powell, graffiti pioneer Stash, and Paul Sevigny. In April, Weiswasser reached out to Snoeman — a part of the artistic collective Smart Crew, which incorporates rapper Action Bronson — about linking up for a solo present. “New York Love” opened May 28 and can shut June 28. 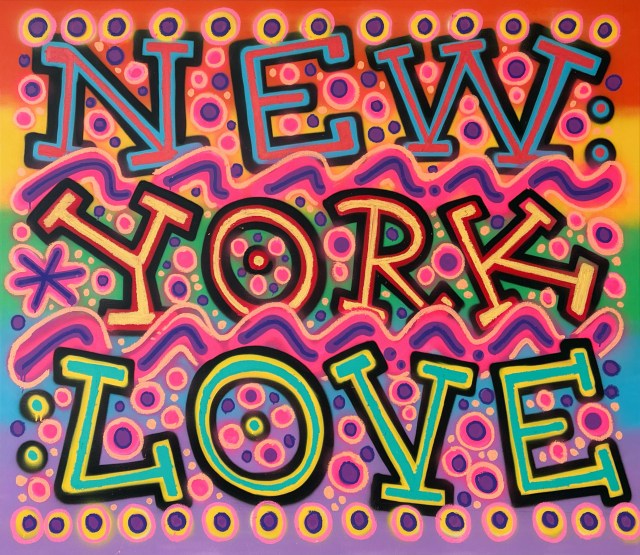 “It exposes my work to a whole different audience of people,” says Snoeman of bringing his work to East Hampton for the primary time. “The reactions have been very positive. Everyone can relate to the subject matter in one way or another, and people love the bright colors. There are also interactive installations for taking photos, which has been fun.”

One of these installations is an ice cream cart; the artist has painted carts for native road distributors in Washington Heights for the previous few summers. Earlier in June, the gallery hosted an ice cream social from contained in the gallery. “The only local ice cream joint [in town] closed. So this was the perfect opportunity to do something fun,” the artist says. 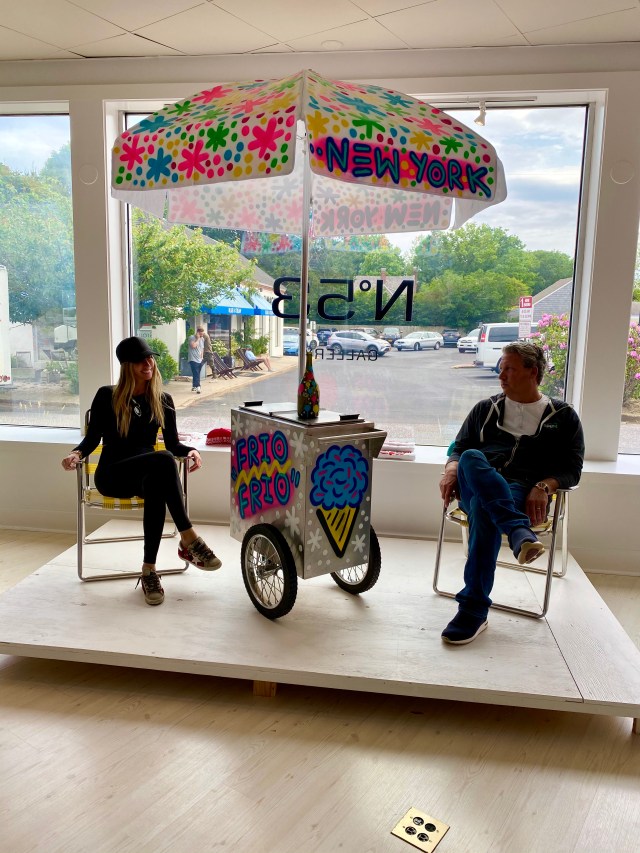 Ice cream cart set up at N.53 Gallery.
Courtesy of the artist 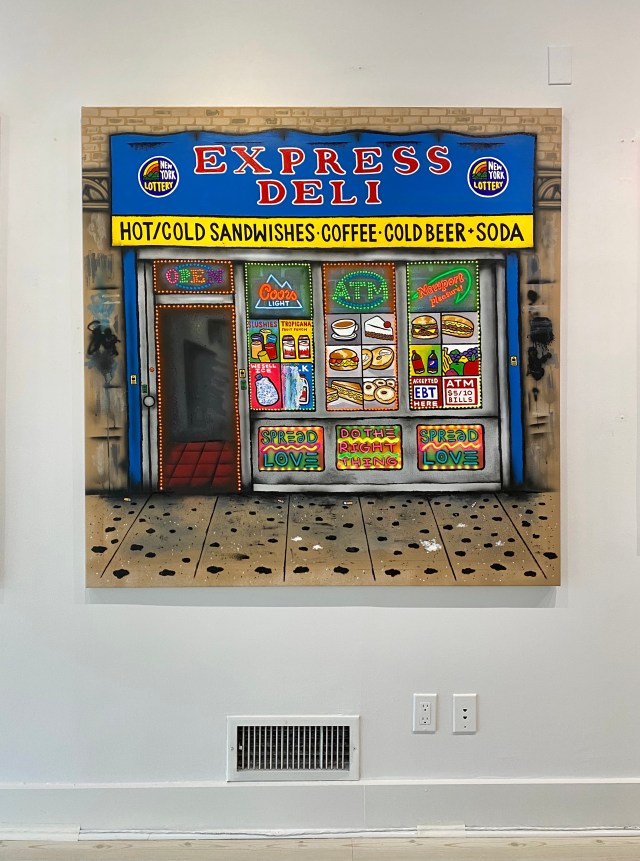 Installation view of “New York Love” at N.53 Gallery.
Courtesy of the artist 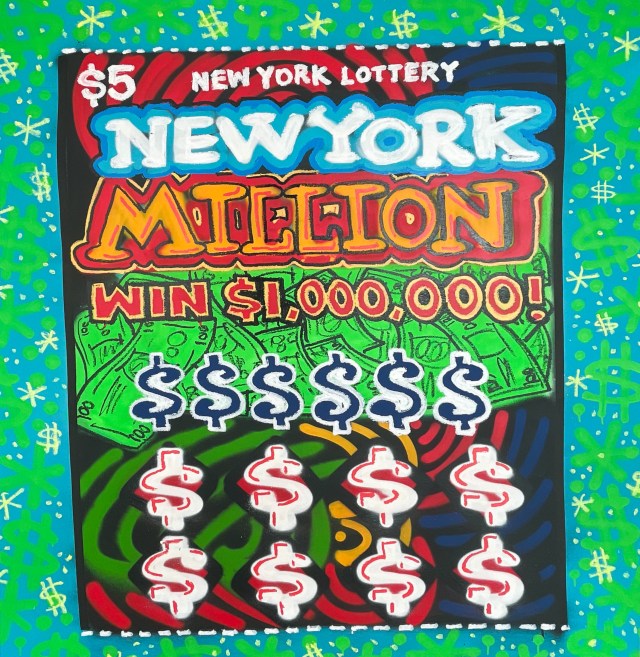 His work on view on the gallery shall be acquainted to anybody who’s walked a New York block. His portraits of metropolis life deal with bodega storefronts, together with the ensuing ephemera: overstuffed trash cans, lottery tickets. “These paintings were inspired by real places throughout New York, like ‘188 Bakery Cuchifritos,’ which is an iconic Puerto Rican restaurant in The Bronx,” he says. His latest work, created prior to now few months as a part of an artist residency at a vacant college in Harlem (which allowed him to work indoors and scale down from murals and up from smaller illustrations), incorporates delicate particulars that replicate the circumstances of the previous 12 months. “The way the subjects are depicted hasn’t changed much, aside from new signage about COVID-19 regulations on every storefront, which I included in the new work. The past year has also reinforced how important these small businesses are to the city and the world.”

With his first solo gallery present closing, Snoeman has turned his consideration to future tasks: model collaborations and personal commissions, and the subsequent version of formidable touring road artwork exhibition “Beyond the Streets.”

“Besides that, I will be doing lots of art in the streets this summer: posters, murals, ice carts, whatever I can,” he provides. “That is what summer is about for me.” 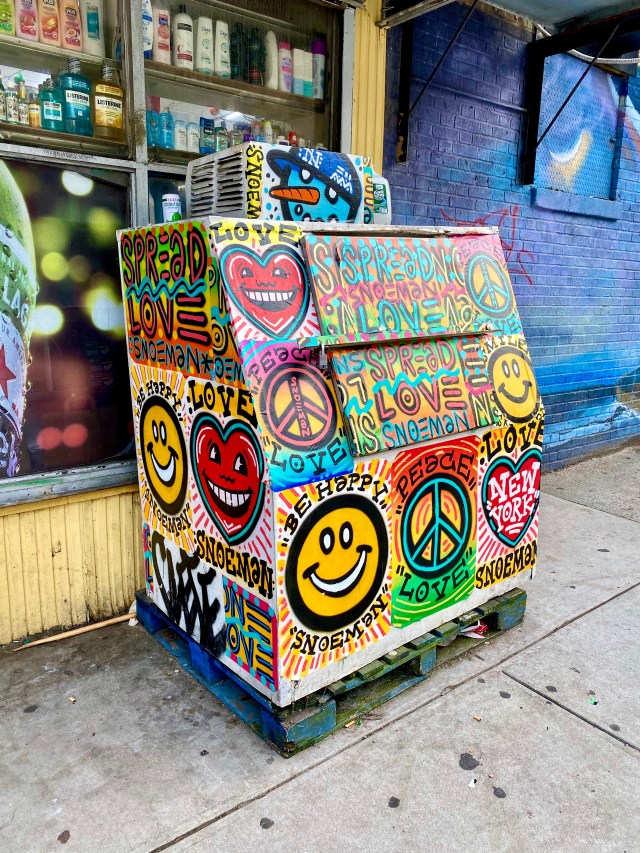 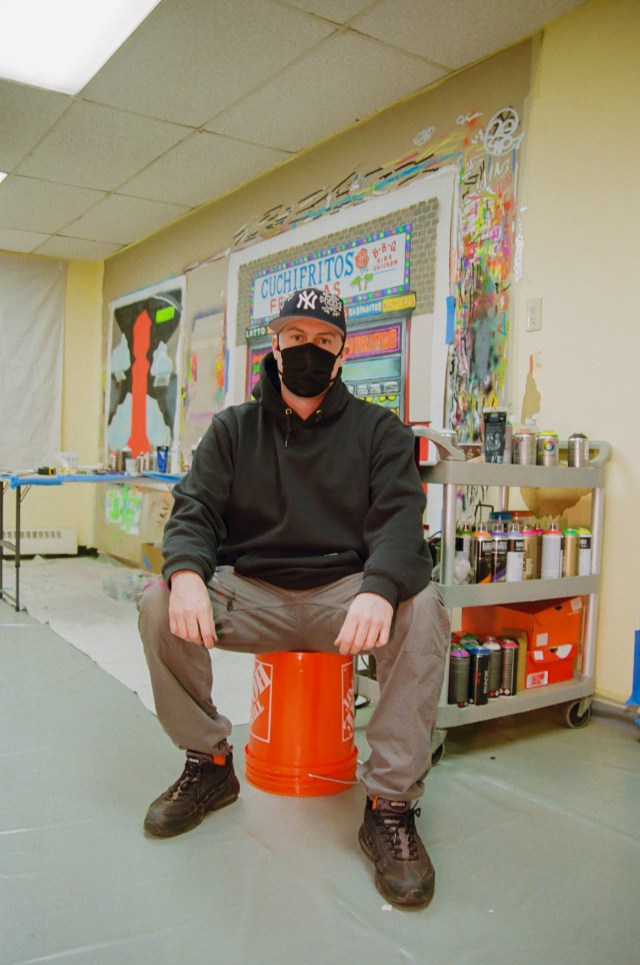 Painter Francesco Clemente on the Journey of Our Times